Autism is defined as a mental condition, present from early childhood, characterized by difficulty in communicating and forming relationships with other people and in using language and abstract concepts. 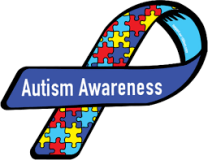 Autism is a spectrum disease. What that means is Autism does not have one set of effects from Autism but vary in degrees and severity from person to person. Here are some general facts about Autism.

Some facts about autism include:

The body needs fats, especially EFA’s. EFA’s are better known as Essential Fatty Acids. They are essential because a person’s body cannot produce them and they need to come from their diet. EFA’s help hormone production, help break down cholesterol, help development of the brain and nervous system, help thyroid and adrenal activity, and are aids in dealing with inflammation of the body. Some essential fats help balance sugar levels and some help promote fat burning as opposed to fat storage. Fats also are more caloric dense so they take longer to digest keeping a person fuller longer. This is very beneficial for dieters on people on calorie restriction. Essential Fat Acids a
re nutrients that should be supplemented by everyone. The two main fats a person wants to get an abundance of are Omega 3’s, 6’s and Omega 9’s.

The Connection between the Brain and the Fat 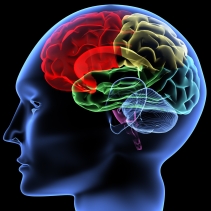 While there is no cure for Autism, supplementing with Omega 3 Fatty Acids in a diet has been shown to quell some Autism symptoms in some individuals. In a 2004 John Hopkins Medical Institute study, analyzing tissue from the brains of children and adults affected by autism discovered evidence of active inflammation in various regions of the brain. This inflammation is believed to have a direct relationship to how the Autistic brain works. Omega 3 Fatty Acids come in to play because they have shown to have anti- inflammatory properties. Omega 3 supplementation has a direct effect on the reduction of inflammation in the body. By reducing this inflammation there may be some cognitive brain benefits. Some studies have shown that people with Autism have lower levels of Omega 3 Fatty acids in their bodies. With the reduction in inflammation by adding Omega 3 Fatty Acids to their diet, some people with Autism have shown positive benefits such as improved cognitive functions, better speech patterns, better mood, improved focus, and less inflammation of the brain and neurons.  Try supplementing the diet with more Omega 3’s and healthy fats. 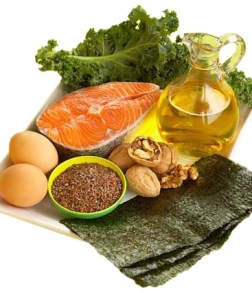 Good sources of Omega 3 Fatty Acids and healthy fats include

This article is not meant to diagnose, treat, or cure any medical symptoms or issues . Always consult a medical and/or mental health professional before beginning any dietary or supplement regimen for autism.